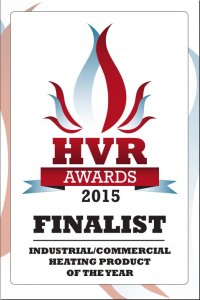 MHG Heating is a finalist in the HVR Awards 2015, making this the third year running that the company has one through to finals, having come first in the Commercial Heating Product of the Year category in 2013 and 2014.

In the 2015 awards, it is the company’s ProCon MCS gas-fired condensing boiler that caught the judges’ eyes and made it through to the shortlist against stiff competition.

A key feature of the ProCon MCS is the ability to incorporate a matched plate heat exchanger that acts as a system separator and protects the boiler from contaminants when retrofitted to an existing distribution system. This greatly facilitates upgrading of existing heating systems with condensing boilers, enabling compliance with the ErP regulations.

The winning product in 2014 was the ProCon Streamline Hybrid that combines an air/water heat pump with a gas condensing boiler and integrated control system.